Get weekly actionable lead gen tips that you can consume in 4 minutes. I talk about generating more leads through Google, Facebook Ads, and digital marketing. Highly recommended for both service-based business or local businesses. 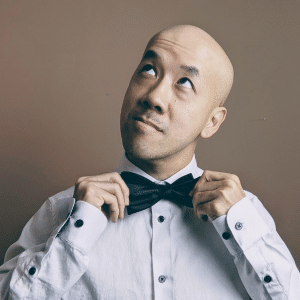 I virtually met Maria Sipka- the Director of Online Communities of Xing.com about 7 months ago online. We exchanged a few emails here and there. I remember one of the first emails that she signed off on. In her closing she said that she hoped we would meetup in person someday. I couldn’t help but chuckle when I read that because she lives on the other side of the world and I’m here in Washington DC. What are the chances of that happening?

Apparently the chances are pretty good because it came true last week as she was in town for business. We got the chance to meet up on a cloudy Monday for sushi. I have to say, this is one of the most fascinating young entrepreneurs that I’ve met in a while. I’ve met alot of successful entrpereneurs but most of them tend to fall over the age of 40. Maria is only a couple years older than I and she has accomplished quite a bit in her young life. We sat down for lunch and talked about quite a few subjects.

I’ll list in bullet form what I took out from the several hours we spent over lunch.

As mentioned over our follow up email, she tended to talk more than I did. For those not in the know, I tend to be a bit reserved. An extroverted introvert, if you will. I try to break out of it and be more extroverted but it’s hard when you grow up that way. I told her that I didn’t mind if she talked more than I did. There are those who talk alot and have nothing to say. And then there are those who talk but always have something to say. Maria is the latter and not the former.

I’ve been involved with various social networking sites and online communities for business people over the past several years. I’ve met fascinating people from all over the world because of these sites. But I always tell people that it’s just not the same unless you meet offline. I’m glad to have met this adventurous Aussie offline. I’ve always found Australians to be very endearing people. There are the more obvious Australian celebrities such as Russel Crowe, Nicole Kidman, Steve Irwin, Keith Urban, Kate Blanchett, and Hugh Jackman. And then there those that I’ve met from the online business community such as Kevin Barrett and Des Walsh. Like these two guys, Maria didn’t dissapoint either. It’s really amazing how adventurous Australians can be. Must be the outback,eh?

One of these days, Maria will have to teach me how to develop that wonderful accent that she and Des has. But for the time being, I’ve been working on this one phrase that she says frequently to me, but with an Aussie accent. I’m still working on the little nuances and I hope to perfect it the next time we see each other. And based on our last conversation, it’ll be pretty soon 🙂

Get lead generation advice that you can consume in 4 minutes or less. My weekly email discusses tips, tools, or tactics to help you get more leads. A recommended read for service-based or local businesses.